After 15 years of friendship, hard work and big passion, fully invested in the creation of symphonic music and an epic saga that will remain in the history of heavy metal, Alex Staropoli and Luca Turilli decided to proceed to a friendly split.
„10 albums released and the end of the saga represent, musically and lyrically, an important artistic goal finally reached, underlined by the success of our last release “From Chaos To Eternity”, for which we want to thank our wonderful fans once again. Now it came the time when new artistic stimulations need to be found, in respect of both parts’ visions and perspectives and of our longtime friendship” say Luca and Alex. Due to the latest legal agreements actually in force, Alex Staropoli will go on with RHAPSODY OF FIRE having, between the others, Fabio Lione as singer, Tom Hess as guitar player and Alex Holzwarth as drummer. For the same agreements and the original name’s common ownership, Luca Turilli will release his future works with a new RHAPSODY band, including the faithful band members Dominique Leurquin, Patrice Guers and Alex Holzwarth.

Alex says: “While wishing the best to Luca and his new band, I want to tell you that Fabio and myself feel motivated and stronger than ever and that RHAPSODY OF FIRE are already planning a great worldwide tour. More information regarding the new bass player and the new second guitar player will follow. Stay tuned!” 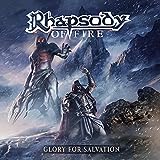 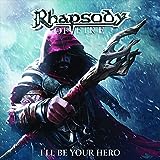 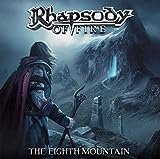