„You have heard the rumours and it is with a heavy heart we must make this official. The band have tried to solve the situation several times, but Messiah cannot be persuaded to sing on the new album. His attitude and demands are way too unreasonable.
I’m very sorry about this, not surprised though.
We have all been very disappointed with Messiahs behaviour during the previous years reunion, especially with his childish and undemocratic way to “discuss” matters before the may recording at Polar in Stockholm. It’s not cool when one person refuses to listen to other people, don’t give a shit about his bandmates and demands special treatment.
Sure, a little bit of primadonna vices is allowed in a band. But when it comes to the extent that its “my way or the highway” in every little discussion that comes up, it is not fun anymore. We like the thought of five equal metalheads playing together, having fun in the rehearsalroom, at gigs etc. That’s the whole point of it if you ask us. Unfortunately negativity and stupidity have been dictating the rules for Candlemass lately.

We hope you all can understand how disappointed we are. And angry! Disappointed with the fact that a grown man can behave so badly towards others – his friends – and for such a long time. And so easily, when he doesn’t get everything he wants, throws it all away. We’re still in chock! We never thought it was possible for somebody in this great band to have such a bad attitude towards his bandmates!
We are also angry that we have bought the shit for so long. Been fucked over so much, so many times since the reunion 2002. It’s really shameful!
It only took a couple of gigs to understand that Messiah wasn’t back to make friends, so we have fought hard to keep this together for you – our fans. It’s been a rough ride, but when you stand in front of 200 or 2000 or even 20 000 screaming fans it’s worth all trouble.

And yes, it was close that last album didn’t include Messiah, but we made it happen because we love this music and we love that you guys love us!! But it was the last album with Messiah Marcolin on vocals. We can’t deal with the big man anymore. Sorry!!
We tried to reason with him before the recording of the new one but Messiahs behaviour was beyond the acceptable. Mr Marcolin has been too much to take and the reasons behind his departure from Candlemass are not very flattering for him. No details, sorry….too embarrassing…….

On the positive side (there is one!), this can make the band stronger and lead to something better. We don’t stand and fall with Messiah Marcolin. We will look hard for a worthy replacement because we got a superb album recorded already. With the right voice it will kill!! We hope for a new start with Candlemass, a band we love way too much to ditch because of one rotten apple!!“
LEIF LARS JAN MAPPE 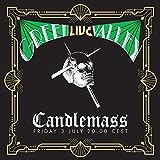 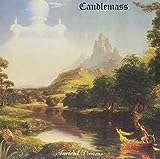 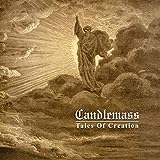