„We would like to take this opportunity to wish you all a very successful / happy and healthy year for 2010 and of course send out a massive thank you for all the amazing support we have received from you guys / girls in 2009. It is so very much appreciated.

For us it’s been an exceptional year in the face of such a global recession. We have seen the release of our first ever live album „Live Damnation“ and once again taken in many new territories on the live front (South America in particular).

In such a tough year, where many bands have been forced to cancel tours and watch audiences dwindle, We have been very fortunate to see virtually all our shows pulling in very cool crowds. Again, we ‚thank you‘ for your huge efforts and loyalty. You are fucking awesome.

So onto next year, brand new studio album / lots more shows and of course lots more party’s. The new album is coming along real well, six tracks up and running and kicking some serious butt… we’re gonna release some details and stream a track or two in early 2010, everything is nicely in place on the road to hell.“ 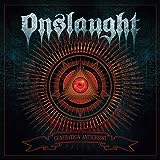