METALLICA-Produzent Bob Rock hat kürzlich mit MTV.com über die Produktion von „St. Anger“ gesprochen. Folgendes kam dabei heraus: „I wanted to do something to shake up radio and the way everything else sounds. To me, this album sounds like four guys in a garage getting together and writing rock songs.“ Laut Rock ist der einfache und schizophrene Sound von „St. Anger“ durch die Kombination von alten Aufnahmetechniken und neuester Editing Software entstanden: „There was really no time to get amazing performances out of [METALLICA frontman] James [Hetfield]. We liked the raw performances. And we didn’t do what everyone does and what I’ve been guilty of for a long time, which is tuning vocals. We just did it, boom, and that was it.“ Nach den Basic Recordings wollten METALLICA noch Gitarrensoli hinzufügen, aber die Entscheidung, dies nicht zu tun, fällten Band und Rock ziemlich bald. „We made a promise to ourselves that we’d only keep stuff that had integrity. We didn’t want to make a theatrical statement by adding overdubs. If we added something and it helped the mood or what we were trying to convey, that stayed. But if it distracted from that … then we killed it. Every time we tried to do a solo, either it dated it slightly or took away from what we were trying to accomplish in some other way. I think we wanted all the aggression to come from the band rather than one player. A lot of the songs were done in William Burroughs cut-and-paste fashion. There are movements in moviemaking and in music where you take technology as an art and you actually abuse it. Some people use ProTools to trick and fool the listener, but we used it more as a creative tool to do something interesting and stretch boundaries. Technically, you’ll hear cymbals go away and you’ll hear bad edits. We wanted to disregard what everybody assumes records should be and throw out all the rules. I’ve spent 25 years learning how to do it the so-called right way. I didn’t want to do that anymore.“ 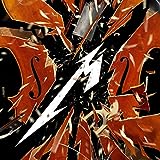 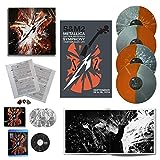