„Since last Sunday morning, I have been asked to express my position by magazines, newspapers, radio and TV stations, fan clubs and fans from Finland and from all over the world. So many in total that it is physically impossible for me to find the time to reply to them all individually. Hence I decided to put down a couple of words in this text to let my fans, family and friends and the public know how I feel after the recent events.

„This is a moment of grief and pain and I find it very hard to speak.

„At the moment I am in Argentina. I hope you can understand that after this shocking life change comparable to a divorce, I didn’t want to stay alone at home in Finland. My husband had booked his tickets to Argentina many months ago and I decided to travel with him at the last minute. But the fact that I am in Argentina and the long distance should of course not be an excuse not to comment on the situation.

„Last Friday 21st of October was a day the whole band had been waiting for a long time. Practice started early in the morning. I was very sick and nervous because of the fact that I was not even able to sing during the rehearsals. Also nervous because the concert programme was going to be longer than usual for a NIGHTWISH concert. Furthermore we were going to have a special guest to perform with us, more wardrobe changes for myself than usual and for the first time big screens and bigger production on stage. Not to forget that the concert was going to be recorded and filmed. The five of us had finally made it to play Hartwall Arena.

„Even though every one of us knew in advance that the concert was sold out, finally on stage, we saw that screaming, applauding and standing people took every seat. The feeling was unbelievable. I will never forget how amazing it was to experience the Finnish audience’s gorgeous reception.

„After the concert, the guys of the band invited me backstage to join them and asked me to hug altogether. This felt strange as it was the same kind of hug we traditionally came together for before every concert. That tradition remained between us, even though the tension and increasing pressure already existed since a long period of time.

„The immediate feeling in me was to thank them, which I did loudly but without any reply.

„After this, they gave me a letter and asked me to read it the following day. The same letter that is now public.

„I read it and was shocked. I didn’t know what to say and still at the moment that I am writing these lines, I don’t.

„I sense great anger in that letter and I continue to have very confused feelings about it, but I don’t want to reply to this anger with an even greater anger. Private matters should never be taken to the public.

„I know this moment we are going through is very sad for everybody, including the guys.

„While there would have been so many different possibilities and ways to express what they wanted to tell me with the letter, I remain unable to understand the way they chose to handle this. I am sorry that the guys got me so wrong. I don’t recognize myself at all from the way they described me.

„They mentioned mean things about me, but the fact that they involved Marcelo, my husband, crossed the line. He is the man I love, my friend and has been my biggest support over the last years.

„We have been band mates for 9 years, experienced good times and not so good ones. I thought I knew them, but I was wrong.

„Still everything that has happened is not enough to make them evil in my eyes.

„Now comes a time to calm down and reflect upon all of this.

„I need to put my feelings together again and I promise to come back to public soon.
I will announce a press conference where I will be talking about my future plans. This doesn’t mean that you should expect this conference to be an instrument to attack anybody. It won’t.

„The wonderful music we created together won’t be touched by recent events.

„Thanks a lot to all the people who are supporting me during these sad times. My family, friends, colleagues, and the great number of fans. I love you and I really feel I have not failed you.“ 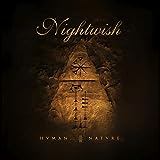 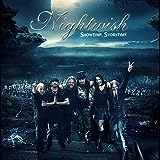 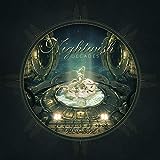