Kommentar von Frontmann Nergal: „Finally I made it to Sweden. I know, we owe you the new video report and some news but lately things were just insane here and physically I wasn’t able to deal with anything but recordings. Last few weeks I spent in the studio in Poland were nothing but constant struggle. Tracking down the record for three months straight (!!!) led us to the point where we no longer were able to judge the results objectively. Needless to say, it was me who fanatically tried to complete the recordings with the best possible result. It took me some time to realize that I could go on like this…forever. I’m happy I finally said STOP so we could move on. I still lack objectivism and all I have now is pure faith that THIS is so far the most completed record we’ve ever committed as a band. The performance on ‚The Apostasy‘ is simply awesome and I have to say that we really outdone ourselves this time.

„Anyway, I’m here in up in the north of this beautiful country, in a little town Uppsala. Daniel is currently putting the final touches to drums. Earlier today we compared this to our last record ‚Demigod‘. And let me tell you something…we REALLY beat that record! Drums sound sooo tight and intense that’s almost impossible to keep up tempo, ha ha. I already see these comments saying that’s humanly impossible to play THAT fast and technical, ha ha. We are starting with guitars and bass tomorrow. Also today I managed to download guest vocals to the song called ‚Inner Sanctum‘ but I’m not gonna reveal any names, yet. Sit tight and be surprised. Cross fingers my friends! I’ll be back shortly with a longer update and hopefully some video footage from the studio!“

After mixing the record, BEHEMOTH will join the No Mercy bill in Europe for two weeks. In April, Nergal & Co. will visit Israel for one exclusive show and shortly after will fly out to U.S. for a mini tour. An extensive Russian tour is planned for May this year as well as the band’s first visit to the Balkans.

Galerie mit 22 Bildern: Behemoth - We Are Not Your Kind World Tour 2020 in Berlin 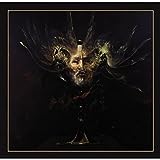 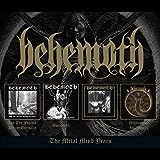 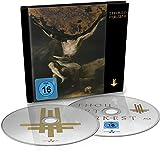 Behemoth - I Loved You at Your Darkest-Tour Editionbei amazon17,41 €
Weitere Angebote »